The most complete squirrel control service in Louisville 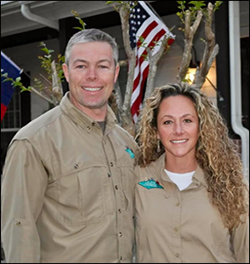 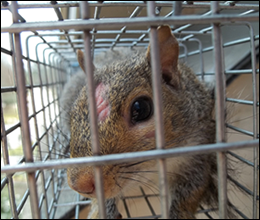 One of the problems that homeowners face after squirrels have been removed from their Louisville home is attic damage. Squirrels contaminate insulation with their feces. This buildup of feces will attract insects and damage the insulation. We provide complete attic cleanup and insulation replacement. We also handle odor control for squirrel problems.

Even though squirrels are a popular game animal in Kentucky, squirrels still have high enough populations that they are a major pest. We provide squirrel control and removal in Louisville and nearby cities for many species of the squirrel family, including the gray and the fox squirrel.Squirrel Control and Removal should begin as soon as squirrels are discovered living in your attic or other areas of your home, or causing damage to your roof or other parts of your home or business. Squirrel damage includes chewed electrical wiring, both indoors and outside, which could lead to electrical outages and fires.

Squirrel control and removal should only be attempted by professionals who understand the habits and biology of squirrels. For instance, squirrels will often use an attic to have their young and many do-it-yourselfers will rid themselves of an adult squirrel, thinking that the problem has been solved. It soon becomes clear that there were baby squirrels left behind.In addition, squirrels can sometimes become aggressive. There are two common situations in which a squirrel will become aggressive toward humans. The most common is a squirrel that feels threatened. This is especially true if it is a mother squirrel protecting her young. The second is a squirrel that is used to being fed by humans and the feeding suddenly stops.

Removal of a dead squirrel and deodorization of the area is a service we provide. Do you have a dead squirrel in your yard or home? Squirrels sometimes die in unexpected places and they need to be removed as soon as possible. Leaving a dead squirrel will only make the problem worse by attracting other animals and insects.AAAC Wildlife Removal of Louisville is your local professional that prides itself on getting rid of your squirrel problem in an efficient and humane manner. Call AAAC Wildlife Removal of Louisville at 502-289-0012 for your local Squirrel Control Expert.